You cold, heartless, lustful, betrayal filled, heartless of a ignorant bitch, how dare you. You promised everything, yet you left him in a dark, dismal, evil filled realm without a sense of pride, a thought to himself, the knowledge to know-how, or a clue to escape. In a land so foreign , you made it your own sin city. Filled, with glitz, glamour, and fallacies in the form of your alleged perfect man. Perfect man, How dare you, kiss my ass yells the weak little boy.
Alcohol, drugs, sex, lies, and the stench of your false prosperity all seamed normal, and promising here in your enchanted, magical world. You deceived him, you preyed upon his innocence, you devoured the trust and used your charismatic looks and powerful world play to take advantage of a shattered child, too worthless of being the man he use to be. Your heart was suppose to be his shelter, your soothing words were suppose to be his blanket of comfort, your love was suppose to be abundant and everlasting, and enough for two. On the contrary, your love was his hurricane Katrina, devastating and destructing any & everything you touch. Now these days you took away the happy and blue skies, and everything seam to become a barren landfill. It left him floating away, abandoned, forgotten about, a nomad left to find his own way back home from your utopia. Delusional, & lead astray! Was this your plan all along? When did it all go wrong? Was it before or after the incident which striped you of your armor, and left you there tarnished, tainted and confused. Your words said nothing but pleasantries, laced with false sincerity, mapped out with a bright smile, yet your actions screamed more like a big FUCK You...

Satins spawn, man of mine, child of the highest above, tell the devil I said thanks for allowing the two to sip the blood from his ill laced, fiery flesh. It was addicting, it was tranquil, a magnitude of euphoria to escape. How can something so good, be so bad? the sweetest sin you were.


You Bitch of a spawn, you stole away a portion one can never get back. Correction, you didn't steal that, their weakness you found & exposed therefore their insecurities, naivety & trust allowed you full access. His heart and mind was your playground, as you enjoyed running amuck careless without any regard. You and your trickery was of a great match, everyone played your game and you made the rules as the number of players increased. You figured "you had them?!" You figured, it was "the end" truth be told there may have been moments, where he figured it was the end, the only way to escape was to cheat you of the life and vessel you tried to reek havoc on. Weak, fragile, broken, wondering aimlessly, without the direction of the highest above or tangible love, what is there left to do, Give up? Go home? Fight another day? But....where does the one who never knew "Home" to begin with or never really found his was there go? Who to turn to? Who to Love? How can the loveless express love, or show another person how to love ?

Far in the distance, awaiting to be saved by a magical being, a stunning prince rinding along to spare one from the torment the dark lord left him to endure. A prince? Your human savior? As laughter fills the air!
Whispers in the wind is heard, as the voice bellows out," LOOK CLOSER!" look closer you say, .....look closer...something seemingly so easy, yet so difficult to perform. Is that the answer? Little boy lost, dazed and confused, stumble to the mirror of truth and reflect it's light onto you. Extract the courage within, and use the knowledge to beat the force to set yourself free, the voice said. The voice was loud, but there was no one around? Was this voice real, or just another mirage, just more trickery and fuckery? The boy soon realized, he was that voice, the voice he had but never knew how to use all along.

Bitch of the past, evil dark force, You see it... you see the light.. Look at me when i'm talking to you the man said!... Do you see that bright, beautiful, radiant white light, the man screamed. Now up from his catacomb, freely to move about and think freely from the ill will educed comma he awakened from. That's the future of the one you tried to silence, the boy proclaimed. That's the light of the one you tried to dim, the one you tried to diminish and make less of. Their future is so great it refuses to coast on your less then perfect levels and coast on your level of perfect mediocrity. Don't you know I'm not your ghost anymore, as a cocky grin spread upon his face. Who Do you think you are?
"Who do you think you are running around leaving scars, collecting your jar of hearts, tearing love apart, your going to catch a cold from the ice inside your soul, so don't come back for me.. Who Do You think You are?"

Man you've become to stubborn to listen to your "No's", as he transform them into yes & pushes his way to completion. You misinformed bitch as he great his past, while welcoming the present, your dark outlook on life cannot contain his magnitude of positivity he shares with the world. his light is a beacon of hope, a ray of light for others to see & feel inspired. Life lessons are his great teachers!

I guess Lucifer forgot to inform you his past is of vital asset! Learning from his mistakes will enable him & empower himself to push on & continue on a glorious journey, both beautiful and imperfect. I guess you didn't realized the force within this one is strong evil one.

As this one, He is special, He is not born of human!

As He is to determined to be sidetrack by your foolishness ,trickery and promises of false hope. 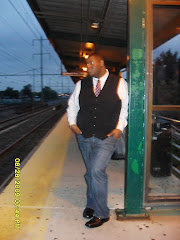